Our Government Addresses Symptoms, Not Problems

The notice also said the card would have the capability to "restrict the types of products and services" the money could be used for. It would come with a text messaging service to warn students about the long-term "ramification" of spending their money.

Wow. So not only will loan refund checks disappear, everything will be tracked by the government AND they can tell you what you can and can't spend it on?

How many people in college used that money to get by in a pinch on rent? Or get groceries you were low on? Or hell, grab some beer on a Friday because it's YOUR MONEY that YOU will be paying back? Think back, I'm sure most of you remember that feeling of waiting for that check to come through so you could get that stress off your back.

Sure, there might be a small part of fiscal education that needs to be imposed upon people going into college, but the real issue is that COLLEGE COSTS ARE TOO HIGH.

Books have increased almost 500% in cost since 2000. Tuition keeps going up and colleges are pissing away money on bells and whistles instead of actually investing it into their student body. I still remember how angry the $1,000,000 piece of shit statue made me at RIT. That was money, donated to the college, and they supposedly spent all of it on a pointless monstrosity.

Higher Education simply costs too much and loans being paid back exponential times thanks to interest rates is the real problem. Anyone with current college debt understands how truly messed up the system is. Tracking and restricting spending on excess student loan and grant money is not the issue, it's why people need so damn much in the first place.

Underneath it all lies another major issue: The Higher Education was not built to scale the way it has over the past 50 years. The government budget for higher education has actually grown considerably over the decades, trying to keep up with:

A) Increased financial demands of colleges and universities (which sorely need auditing)
B) The exponentially increased enrollment to college.

Our societal conditioning is that you HAVE to go to college. If you want to compete with the person next to you for a job, you have to go. There was a time when that was not our mentality - when the labor force included people who did actual labor and had actual tradeskills. Today, everyone's goal is to go to college and get a good job (read: find an office job or some other non-labor intensive occupation). While that's a great ideal - have an entire population of educated think tanks - what will happen to that society when they have no workers for their factories? For the manufacturing plants? For their utility workers and skilled tradesmen? They'll have to replace them with technology or outsource it all to a country or population mass that IS willing to do it... oh, and they'll complain about every person in the country who is doing the manual labor they certainly don't want to do, y'know, because they're 'college graduates'. Sound familiar?

At what point does some tier of ‘Higher Education’ colleges & universities just become an extension of high school? If nearly everyone is going, it’s no longer the ‘extra-mile’ that employers should be looking for. It’s now just the baseline. This whole thing is just another part of the government addressing symptoms, not problems. I believe that will be our real down fall - our inability to analyze, capture, comprehend, and address deeper complex issues and instead trying to cover a nicked jugular with 1,000 bandaids.

I digress… The Payment Card Program Pilot is scheduled to start as early as tomorrow according to fbo.gov. Evidently I should to start saving now so I can have the $2.1 million that will be required for my future kid's college tuition. 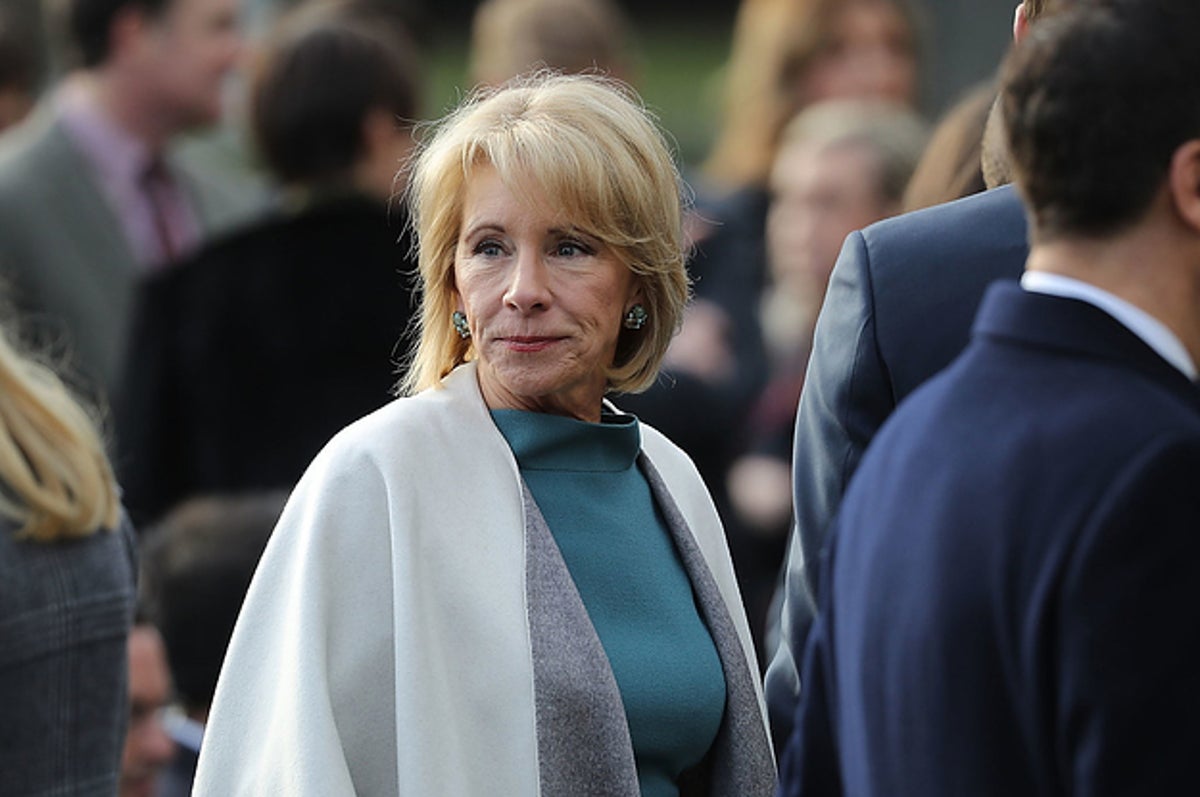 Betsy DeVos Wants To Put Your Student Loan Money On A Bank Card
A new pilot program is part of an effort by DeVos to create "the most significant change to the student aid process ever."